Marketing used to be a simpler field, it mostly entailed connections to create product placements in often-seen locations such as billboards, posters, and even on TV. It led to the creation of popular cultural iconography, from the image of a city with multiple neon billboards advertising the newest products to celebrities advertising a popular brand. Marketing and advertising have become embedded in our society, for better or for worse.

But with the generational shift as we enter deeper into the 21st century, more platforms have emerged and digital marketing has adapted. What’s the history of digital marketing, and more importantly, what is its future?

Through the course of hundreds of years, the marketing industry has adapted to the rapidly increasing technology. From the establishment of the printing press and releasing pamphlets, to advertising through radio, and then through telephones, to eventually creating large-scale billboards and commercials on television. The evolution of the marketing industry seemed to know no bounds, and when the first personal computer arrived, it opened new doors.

As computers became popular, the eventual adoption of the World Wide Web spelled new horizons for marketers and advertisers everywhere. What initially was confusion as to whether they should allocate resources to the burgeoning new platform became a definite yes: putting resources on advertising through the internet has its merits.

The changes have been drastic, but they didn’t happen overnight. From the initial and very fundamental form of banner ads to the complex algorithm structure of ads today, digital marketing has gone leaps and bounds from what initially once was. Let’s take a look at the benefits and possibilities it provides.

A Platform for All Industries

Being that the Internet is a melting pot of people of all kinds, it’s the perfect platform to communicate intent and promise. Companies far and wide, big and small can utilize it to get their message across to their target audience. You can now find a doctor for specific expertise, hire an experienced commercial landscaping service provider, or even order a custom-made cake at the comfort of your own home.

An interesting effect of this is that many businesses intersect with others of their kind, knowing more about the current market trends and deciding competitively. Another is the ability of businesses to make transactions with other businesses from outside of their local area. Truly, the internet connects people of all backgrounds. 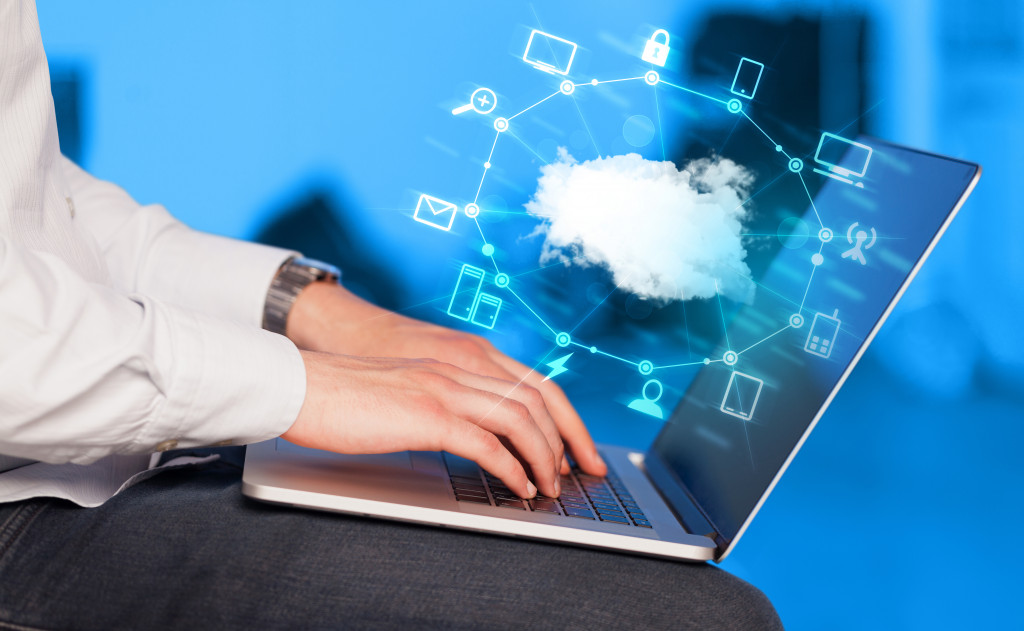 At the Palm of Your Hands

First was the arrival of the personal computer. It heralded an entirely different kind of personal computing, emphasizing the ‘personal’ as it allowed you to do what you want to do. Nowadays, everyone carries what can be considered a supercomputer not even 20 years ago. Smartphones and tablets far overpower computers released in the early 2000s, with their wireless internet capabilities and amazingly fast speed.

People go online and stay online, with researchers finding out that the average adult spends around 300 minutes on their phones. This allowed for a more connected form of advertisement and transaction, as clients can be updated in real-time of their purchases and a company’s actions. The benefits aren’t just exclusive to the client, but also to the business provider, which leads us to the next point.

The Rise of DIY Marketing

All you need to participate in digital marketing is a personal computing device of your own, and since everyone has one, everyone can essentially participate. This has resulted in smaller businesses being empowered to put their name out, competing even with the major brands when it comes to product visibility and market reach. Often, the difference between advertisements of major companies and start-ups is blurry, with the latter evolving faster as it has less red tape to deal with.

The unexpected rise of non-professional advertising has also resulted in a culture of honesty. As social media handlers and online marketers realize they can’t compete with resources and production quality, they make up for it by being honest and relatable. This style of marketing has become so prominent that even large companies are taking note and replicating the style originally exclusive to smaller businesses.

With how things are right now, it’s hard to imagine what the future would be like. We all expect digital marketing to stay and become an even bigger presence. And with developments in the field of artificial intelligence and data analysis, online marketing can be expected to be even more personalized, targeting niche markets with accuracy. This will open even more doors to marketers and empower those in the small business industry to even do better and compete with large companies.