One of the most impressive landmarks in Columbia, Missouri is the Columbia Cosmopolitan Recreation Area. It is a 533-acre property right in the middle of the city that used to be home to the old municipal airport. It has since been developed to include a host of recreational features and is now the largest park in this city.

Also called Cosmo Park, it was developed according to the growing and varying needs of the city. It offers plenty of different facilities catering to the whole population. The park has a golf course, a driving range, a skate park, baseball, football and soccer fields, tennis and volleyball courts, a roller hockey rink, a remote control car track, and horseshoe pits. It also contains four trails with different difficulty levels.

The L.A. Nickell golf course is a professional 18-hole course. It also has a driving range and golf carts. It is open for the whole year unless there is inclement weather. It also has three sets of tees allowing for all kinds of players. For younger people, there is the skate park, designed and created with the suggestions of inline skaters and expert skateboarders.

The eight tennis courts are all lighted and lined for players 10 years old and younger. The volleyball courts are open air, with six sand and one grass court. There are also 12 lighted horseshoe pits. There are six football fields, 19 soccer and multipurpose fields, and 14 softball and baseball fields.

Home to the largest playground in Columbia, the Cosmo Park is an impressive combination of natural growth and commercial landscaping from local services in Columbia. Interestingly, it is also the site of the annual Show-Me State Games, which is the Olympic games of Missouri. The games include golf, mountain biking, skateboard, baseball, football, soccer and softball, as well as lacrosse. 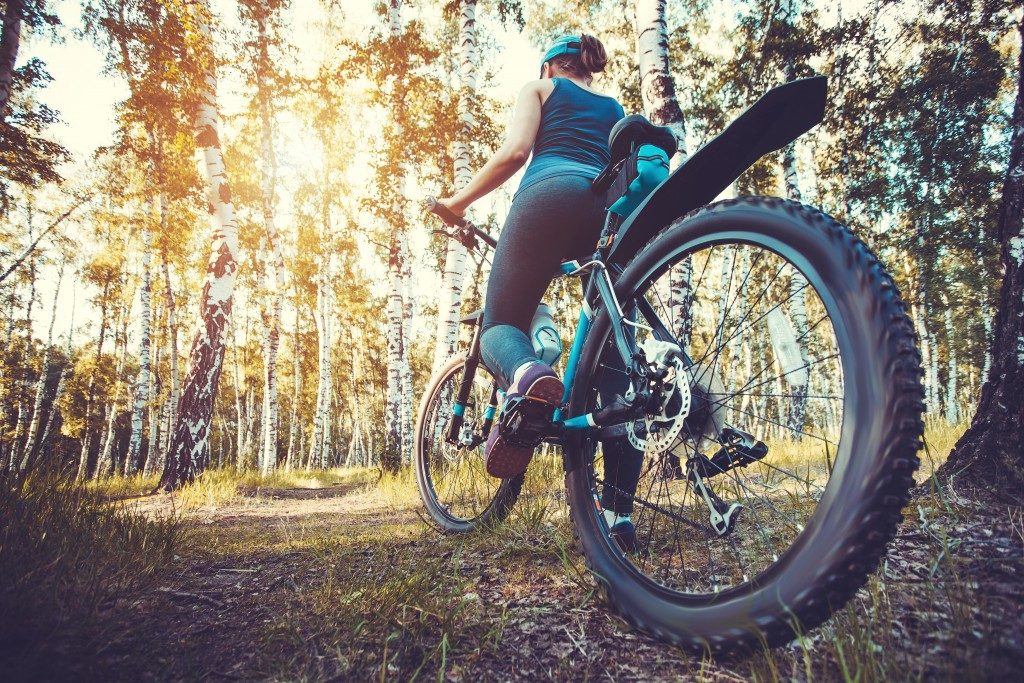 The park has four trails of varying surfaces and distances. The Cosmo Nature Trail is a 1.75-mile dirt trail, which goes through the nature area and passes through the wetlands. No bikes are allowed on the Nature Trail. The Cosmo Fitness Trail runs near the golf course and is 1.25 miles long over asphalt. Joggers, walkers, bikers and skaters can use the trail. No motorized vehicles are allowed on the Fitness Trail. There is a separate trail for bikers.

The Rhett’s Run Mountain Bike Trail twists and turns over the northern portion of the park, and intersects with the Bear Creek Trail. Rhett’s Run, officially named the Rhett Walters Memorial Mountain Bike Trail, is 4.1 miles of dirt designed by the same people who designed the 1996 Olympics key course. The trail runs over an area of 75 acres.

The longest trail in Cosmo Park is the Bear Creek Trail, which is 4.8 miles long along mostly limestone surfaces. The trail connects to Albert Oakland Park. It has support facilities including restrooms, a bicycle repair station and is near the parking area.

Cosmo Park is a large expanse of nature, sports and recreational facilities in Columbia, Missouri. This is the largest park in the city and trails alone are worth the visit. This is a landmark that showcases how a city can make use of nature for the enjoyment of the residents.