In the realm of sports, nothing could be more esoteric than those based on a certain season. The most recognizable among them are those played during winter. In a sport like skiing, not only can you showcase your athletic prowess by gliding downhill on a bed of snow, but you can also showcase your snazzy Bogner jacket. The cold climate requires you to have layers upon layers of clothes, so you might as well just look good doing it.

The thing about winter sports is that they are specific to the locale and the climate. But the truth is that there are some ways you can replicate those so that you can play them during other seasons. Playing these games during summer is possible, thanks to these alternatives or counterparts.

Ice or figure skating is a staple of winter sports. This mostly displays the gracefulness and creativity of the choreography. The participants are also judged on how difficult their routines are. If you nail something that looks good and is hard to pull off, expect to get high scores from the judges.

Navigating the skating rink is a challenge in itself. The ice surface is slippery, and the skates that you are wearing are basically a pair of blades. It takes great effort to maintain your balance and make yourself move forward at the same time.

Outside of the rink, you can replicate this activity by using roller skates. The wheels of these are arranged in a straight line and will let you slip and slide even on rough pavements. And since you are not limited to the confines of a rink, you can practically go anywhere you want. This would make you feel freer in terms of mobility. 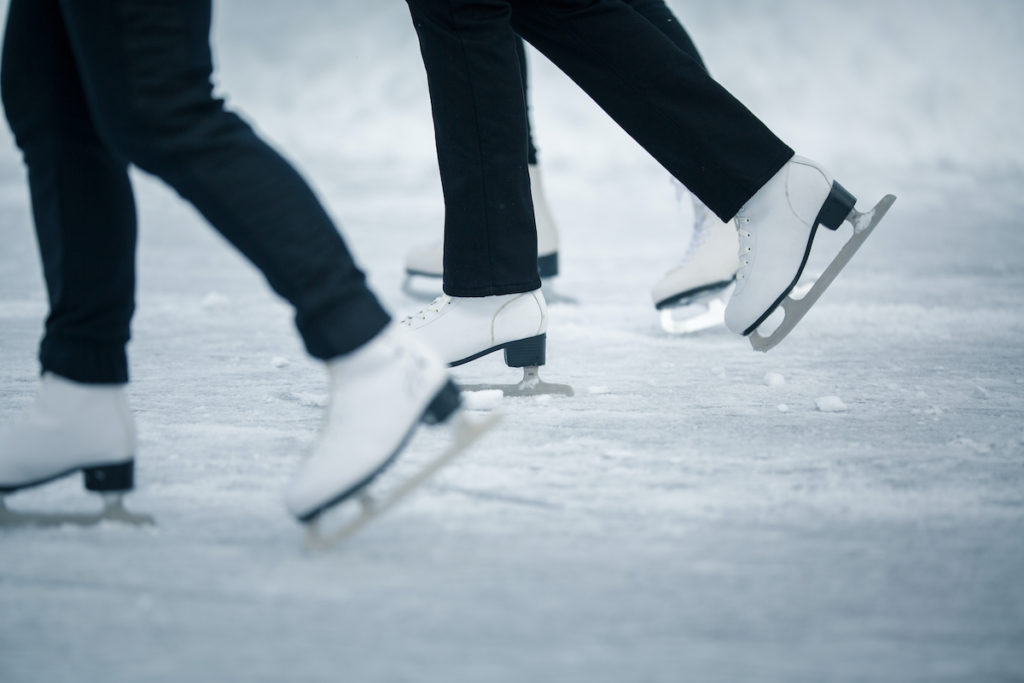 If you know how to skate, then you just need to learn how to handle a stick and a puck if you want to get into ice hockey. But that is easier said than done. Players of this team sport constantly move at a breakneck speed while making sure that their opponents cannot steal the puck away from them. The main goal is to get that into the other team’s net, which is very much like soccer.

You have already seen how a pair of roller skates make you feel like you are skating on a rink. But how can you make the puck slide on a rough surface as if it’s still on ice? The answer is having smooth circular bumps on either side. These basically act as wheels for the puck that allow you to push it around and have similar inertia of one that is used on ice.

Now that you have this, you can start inviting others to play street hockey. All you need is an empty street and a pair of goal nets, and you are golden.

The term “snowboarding” is pretty much straightforward. You ride on a board and slice through snow or do some tricks on the half-pipe. When you take out the element of snow, what could be the alternative for it?

Mountainboarding is the closest you can get to snowboarding without the snow. You can engage in downhill races or exhibit your stunts. The main difference here is that mountainboards have wheels, but their base is wider than that of snowboards. This and the low ride height makes a mountainboard more stable and harder to flip off the ground.

You can enjoy this sport on hillsides or sand dunes, which should give you a similar level of satisfaction as riding on snow.

Not every place in the world experiences snow. If you live in one of the many tropical countries out there and have even the slightest interest in winter sports, do not worry. These alternatives prove that with enough creativity and science, you can experience the thrill of playing these sports in relatively unconventional places.